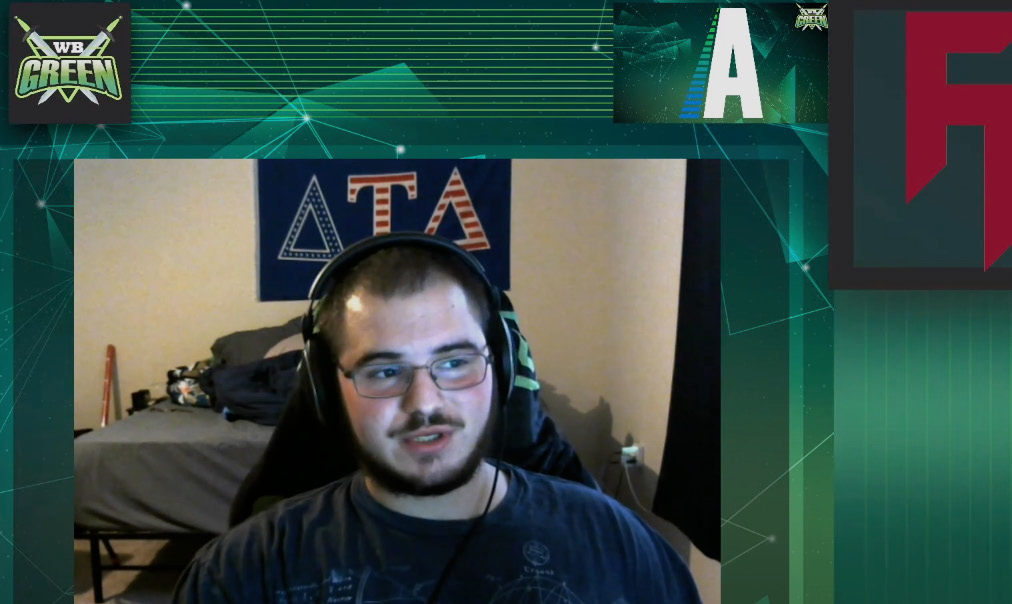 With a brother who is an esports professional, it’s no wonder Iota Xi Chapter was poised to run a successful fundraiser for JDRF. William Branca began playing professionally when he was 13, earning a world ranking well before reaching college. Florida Tech recruited him to help start the university’s esports program and he serves as the program’s student director involved in building and opening the esports center while studying computer science and cybersecurity.

When Branca took over as the chapter’s philanthropy coordinator, he brought expertise and inspiration to raise money for JDRF. He applied his background in running video game tournaments and worked with chapter officers to develop a fundraising plan. Branca also connected with JDRF’s Game2Give team to ensure all funds raised through the Florida Tech Delts Twitch channel go to JDRF.

The chapter exceeded its initial $500 fundraising goal when its FIFA tournament brought in $1,800. They implemented a $5 registration fee per person, reached out to corporate and local sponsors and found ways to develop passive income directed to JDRF.

To start, Branca’s setup averages about $100 per month of passive income. “And that’s from us just doing what we do anyway. Establishing something where we can continually donate is something I love,” Branca said. “All the brothers play video games together. So why not put it on the Twitch channel?”

Building an audience is like building a brand and Branca acknowledges growth won’t happen overnight. “I started as a pro player and became a content creator. It took me about four years to get to 4,000 followers. It takes time to build a community. The one or two years you invest will reap the rewards for years to come,” he said. “It’s all about engaging your community and engaging the brothers,” Branca said.

In early spring, Florida Tech Delts had 60 followers on Twitch with the hope of hitting 100 by the end of the year. On their Rocket League stream last semester, the chapter averaged about 70 viewers. Not counting undergraduate brothers, that included about 50 people watching who were not active brothers. They hope to continue building their community.

FIT is currently building an esports center and Branca dreams of his chapter hosting future JDRF esports fundraising there. Additionally, before the end of his senior year, Branca would like to run a large live event.

“I want to invite chapters to send teams here, to compete in person in a massive JDRF philanthropy event,” Branca said. “I want to get the word out. I want to help Delt and tell the story and promote the connection with JDRF. Esports is where everything is moving. With COVID it just expedited everything. The shift to online has moved exponentially and I think this is going to be a way for some of our chapters to raise some real money.”